Be the first to review this product
Rs.145.00
In stock
Weight#: 100 grams
SKU
Fig / Athipalam (Dried)
Wish List Compare
Skip to the end of the images gallery 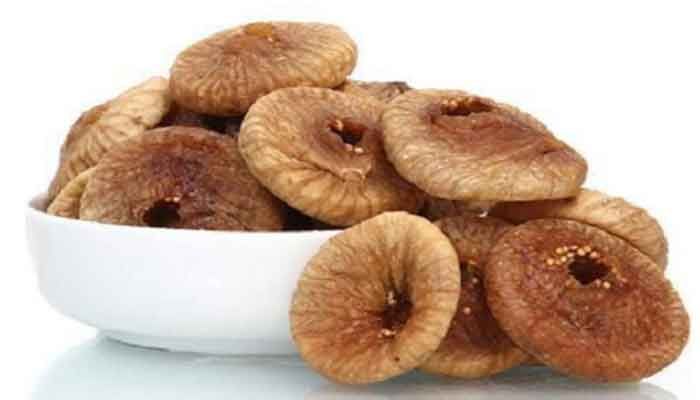 This package has 100% pure and organic Fig / Athipalam with out any chemicals or preservatives.

Ficus carica is an Asian species of flowering plant in the mulberry family, known as the Fig / Athipalam . Fig / Athipalam is the source of the fruit also called the fig and as such is an important crop in those areas where it is grown commercially. Native to the Middle East and western Asia, it has been sought out and cultivated since ancient times and is now widely grown throughout the world, both for its fruit and as an ornamental plant. The species has become naturalized in scattered locations in Asia and North America. Ficus carica is a gynodioecious, i. e., functionally dioecious,[9] deciduous tree or large shrub that grows up to 7–10 metres (23–33 ft) tall, with smooth white bark. Its fragrant foliage is 12–25 centimetres (4.7–9.8 in) long and 10–18 centimetres (3.9–7.1 in) wide, and deeply lobed with 3 or 5 lobes. The complex inflorescence consists of a hollow fleshy structure denominated the "syconium", which is lined with numerous unisexual flowers. The flowers are not visible outside the syconium because they bloom inside the infructescence. Although commonly denominated a "fruit", the fig is in truth the infructescence or scion of the tree, known as a "false fruit" or "multiple fruit", which bears the flowers and seeds. Fig / Athipalam is a hollow-ended stem that contains many flowers. The small orifice, denominated the "ostiole", that is visible on the middle of the fruit is a narrow passage, which allows the specialized fig wasp, Blastophaga psenes to enter the fruit and pollinate the flowers, after which the fruit grows seeds.  The edible fruit consists of the mature syconium that contains numerous one-seeded fruits, denominated "druplets". The fruit is 3–5 centimetres (1.2–2.0 in) long, with a green skin that sometimes ripens toward purple or brown. Ficus carica has milky sap, thus rendering it a laticifer. The sap of the green parts is an irritant to human skin.

The Fig / Athipalam tree has been cultivated since ancient times and grows wild in dry and sunny locations with deep and fresh soil, and in rocky locations that are at sea level to 1,700 metres in elevation. Fig / Athipalam prefers relatively porous and freely draining soil, and can grow in nutritionally poor soil. Unlike other fig species, Ficus carica does not always require pollination by a wasp or from another tree,because the fig wasp, Blastophaga psenes can pollinate it so as to produce seeds. Fig wasps are not present to pollinate in colder nations, e. g. the United Kingdom. The plant tolerates seasonal drought, and the Middle Eastern and Mediterranean climates are especially suitable to it. Situated in a favorable habitat, mature specimens can grow to considerable size as large, dense, shade trees. Its aggressive root system precludes its cultivation in many urban locations, yet in nature this characteristic helps the plant to root in the most inhospitable locations. Having a great need of water, it is mostly a phreatophyte that extracts the needed water from sources in or on the ground. Consequently, it frequently grows in locations with standing or running water, e. g. in valleys of rivers and in ravines that collect water. The deeply rooted plant searches for groundwater in aquifers, ravines, or cracks in rocks. With access to this water, the tree cools the hot environments in which it grows, thus producing fresh and pleasant habitat for many animals that shelter in its shade during periods of intense heat.

A Fig / Athipalam that is used fresh, canned or dried. Fig (Athipalam) is often used in desserts and baked foods. Figs are native to the Middle East and commonly cultivated in the Mediterranean region, Spain and the USA. there are many varieties of figs like Brown Turkey figs, Celeste figs, Calimyrna, Mission figs and Kadota figs. In India, a variety called the poona fig is very common. Though used mostly in the dried form, this fruit can be enjoyed in its fresh as well. We commonly find them in desserts and baked foods. Mashed figs are often used as a spread on bread and pancakes. Fig / Athipalam is also used as pizza toppings and in salads. They are available round the year though they are best from May to November. The Fig / Athipalam comes with a sweet, honeyed taste and a soft texture. Figs are rich in antioxidants that help in cleaning free radicals from the blood stream and hence protecting against cardiovascular diseases, immune dysfunction and Alzheimer's.Figs are a good source of potassium and help control blood pressure.They reduce the amount of necessary insulin and are, therefore, good for patients with diabetes.Figs are rich in calcium, they help strengthen bones and also protect against osteoporosis.Fig / Athipalam is used as a medicine against arthritis, stomach upset and headache.

Fig / Athipalam were considered to be a sacred fruit and a natural aphrodisiac. It symbolised fertility and love.To improving reproductive health. Moreover, as a home remedy, young girls are often advised to eat figs to overcome PMS issues. dried figs are a high source of antioxidants and fiber, they help in protecting against post-menopausal breast cancer and hormonal imbalances.

Fig / Athipalam is a good source of potassium. Potassium is an important mineral, which is required for the body and its regular intake is said to help in maintaining blood pressure because it tends to negate the harmful effects of sodium. Since we live in a world where we constantly rely on processed foods, which have high sodium content, a diet rich in potassium is essential. Doing so could also aid in blood circulation and digestive disorders.

Fig / Athipalam are a good source of fiber, research has found that they could aid in weight management as high-fiber foods have a positive impact. Fiber forms an essential part of our daily diet. Not only is fiber good for our digestive system, it has also been linked to the reduced risk of cancer.

Fig / Athipalam help reduce the level of triglycerides in the body, which are fat particles that circulate in the bloodstream and are a major cause of heart disease. Moreover, the high antioxidant content in dried figs couple with blood pressure lowering properties help in eliminating free radicals from the body, which could lead to the blockage of coronary arteries in the long run, and prevent coronary heart disease.

The high fiber content in Fig / Athipalam helps in maintaining a healthy digestive system, thus also aids in preventing constipation. Fibers are essential for maintaining regular bowel movements and food sources such as figs are found to help in easing digestion when consumed regularly.

Fig / Athipalam are a good source of calcium. Since calcium isn’t produced by the body, what we eat solely contributes to the body’s requirement. Most often we fail to meet the set requirement despite having milk, which is the highest source of calcium. Therefore it is important to include other food sources of calcium such as figs in our diet.

The high potassium content in Fig / Athipalam helps in regulating the blood sugar level in the body, thus keeping a check on the amount of sugar that is absorbed after meals. A high potassium diet is therefore said to help diabetics. Research studies have also found that chlorogenic acid present in figs helps lower blood sugar levels and control blood-glucose levels in type-II diabetes.